Choosing a canoe paddle that suits all your needs and desires is a fairly exhaustive process. Selecting wood as your preferred choice of materials for a canoe paddle is just the beginning. You have many more decisions to make before you hit the water with just the right canoe paddle for you. 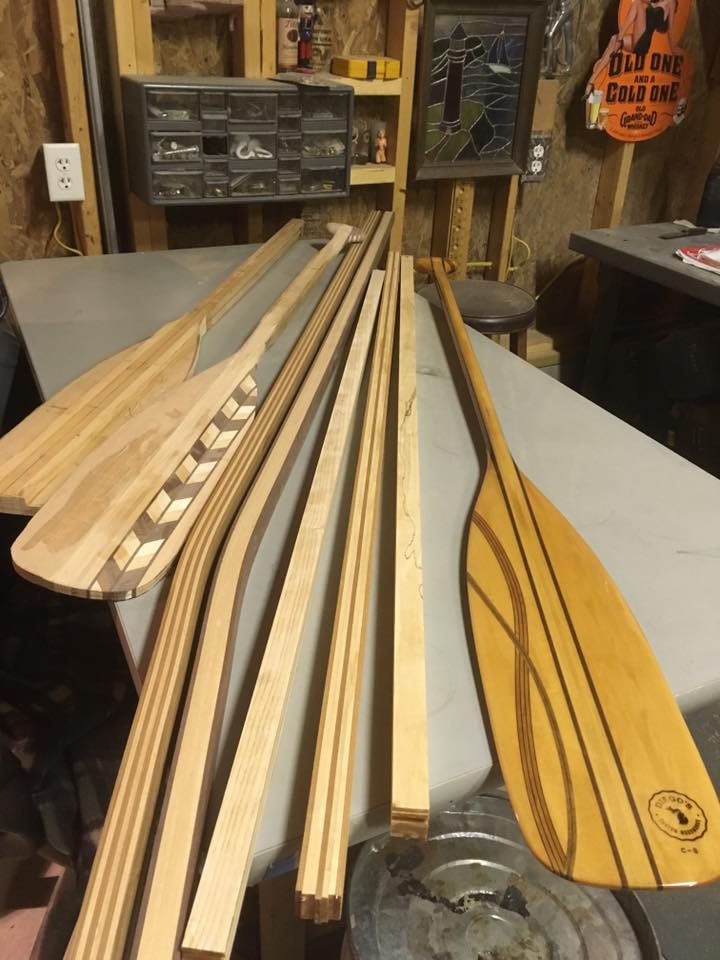 Following is a brief discussion on each of the major decisions you will need to make as you go through the process of picking out your preferred wood canoe paddle:

You can find a canoe paddle with an aluminum or composite shaft and a wooden blade. The purpose of this combination is to make the paddle strong and very light weight. However, the aluminum shaft does not “flex” as well as wood and does not let you “feel” the movement of the water as well as wood. An aluminum shaft is also cold to your hands in cooler conditions, and it is not nearly as aesthetically pleasing as wood.

You can find a canoe paddle with an aluminum or composite shaft and a wooden blade. The purpose of this combination is to make the paddle strong and very light weight. However, the aluminum shaft does not “flex” as well as wood and does not let you “feel” the movement of the water as well as wood. An aluminum shaft is also cold to your hands in cooler conditions, and it is not nearly as aesthetically pleasing as wood.

There are no limits on the shape a wooden blade can be made into, but there are a few major considerations that can help you choose the best shape for your own use:

The square blade is primarily in reference to the bottom edge of the blade, and this blade can handle more stress than the oval blade. If you will be paddling in shallow streams with gravel bottoms, you may want to consider a shorter blade with a squared off bottom edge. You can also get a metal edging attached to the bottom edge to guard against excessive abrasion from gravel.

Wooden canoe paddles can be made from any kind of wood, especially if it is laminated and encased in fiberglass, but some woods are naturally more suited to paddle making than others. The selections are quite broad so you should check out the special report on wood species for canoe paddle making here. The main point is that you will have to decide on which wood species you want for your canoe paddle.

The bent shaft canoe paddle has gained considerable popularity in recent years, and there are many pros and cons to the concept. For a more complete discussion on the bent shaft paddle, click here. Frankly, if you are a recreational canoeist, the straight shaft paddle should serve you well—it has done so for centuries.

This factor in choosing a canoe paddle is the most important of all. Having the correct length of paddle can mean the difference between cutting your canoe trip short, or enjoying it to the full. As you can imagine, this topic is also quite extensive, and is presented as a separate document here. If you are going to do any extensive paddling, this is an issue you must address in detail.

So, these are the major considerations you will have to address in choosing a canoe paddle for your personal use. Take your time, study the material here, and elsewhere, and make your choice carefully. 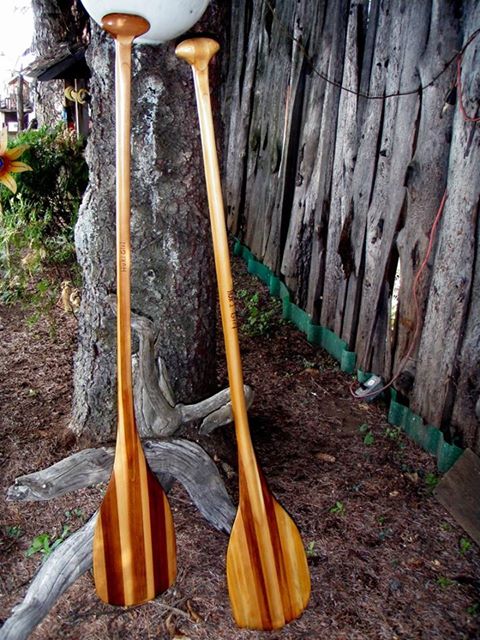 Bent canoe paddles are just what the name implies—there is a bend in the paddle shaft where the blade meets the shaft. This bend can be from 5 to 20 degrees, but the most popular bend appears to be either 10 or 12 degrees with 14 degrees next in popularity.

The experts tell us that the bent paddle requires substantially less energy over a given distance, and provides more speed with the same amount of energy expended.  This is probably why canoe racers were early adopters of bent canoe paddles.

There is also the advantage for a bow paddler when changing sides with their paddle, because the bent paddle will be angled up when passing over the bow. Just make sure you don’t let the paddle turn around in your hands, or you will be paddling with the bend backwards and more than likely you will be shoveling water into the canoe.

Someone once did some ergonomic studies and decided that a double bend in the shaft of the paddle would be better than a single bend…ergonomically. Although these paddles are on the market, I still consider them to be experimental. Admittedly, I have never used one to paddle with, but frankly, just holding one was somewhat spooky.

I would leave designs like the double bent paddle to the professional canoe racers who are constantly trying to maximize speed with the least amount of effort.

Bent Canoe Paddles for Racers Only?

There is no question that a bent shaft canoe paddle gives slightly more speed for the same amount of effort. That is why most canoe racers use a bent shaft paddle…they are seeking any edge they can get for more speed.

Only by trying out a few bent paddles will you ever be able to determine if one of them suits your personal style of paddling. Many canoeists carry a bent shaft paddle as their spare, and use it when traversing large bodies of water to maximize speed and minimize the time they are exposed on open water.

But, to be totally honest, I find bent shaft paddles to be disturbing…and even though I own a couple, I never use them anymore. I no longer have any interest in speed. I have come to regard paddling a canoe as being very close to a spiritual experience, where I not only become close to nature, but I can almost hear the old Canadien Voyageurs singing their canoeing songs while opening up the Canadian wilderness to transportation and trade.

I wonder what those magnificent canoeists would think of bent canoe paddles?